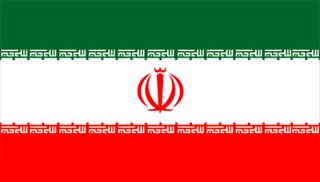 Richard Haass, president of the Council on Foreign Relations, comprehensively trashes the case for a nuclear strike on Iran in today’s Financial Times:

‘The most dangerous delusion is that a conflict would be either small or quick. Destroying Iran's nuclear capacity would require numerous cruise missiles and aircraft.

'Iran would be sure to retaliate, using terrorist groups such as Hizbollah and Hamas and attacking US and British forces and interests in Iraq and Afghanistan. This would require the US to respond militarily against a larger set of targets inside Iran. What would begin as a limited strike would not remain limited for long.’

Nor are the economic consequences palatable for the West. Oil markets are already jittery on the back of speculation that the US might be contemplating such action.

There is little doubt that dropping a bunker buster on Iran would push oil prices above $100 a barrel, and that price could go even higher if Iran retaliated by either cutting oil exports or disrupting oil facilities elsewhere. The result? Global recession.

And here is probably Haass’s most convincing argument:

‘Using nuclear weapons to destroy hard-to-reach targets would contribute to, rather than diminish, the proliferation threat. It would weaken the taboo against nuclear use - a taboo that has gained strength over 60 years - and only increase the odds that others would obtain or use nuclear weapons to promote their objectives.’

Haass even rounds off with a strategy to tackle legitimate concern over the theocracy getting nukes itself. Allow Iran a token uranium enrichment programme, on the back of frequent intrusive inspections. Carrots could include ‘a range of economic benefits, security guarantees and political dialogue’, while the threat of a UN security council ban on investment in the Iranian oil and gas sector would constitute a useful stick. This approach would also boost the opportunities for country’s reformists to win a hearing.

It’s not an ideal solution. But then, this isn’t an ideal world. Until socialist ideas are once more a factor in world politics, there’s not much the left can sensibly say against it.