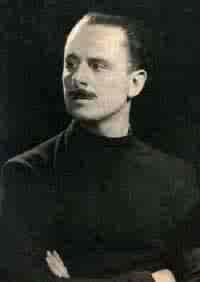 Oliver Kamm continues his efforts to equate Respect and the BNP in his latest column for The Times. As ever, Clever Clogs buttresses his case with some historical precedents:

‘But there are also numerous instances where revolutionary politics have allied with extreme reaction and even fascism.

‘The 1920s and 1930s saw many cases: some French Socialists and Communists went beyond the view that the Versailles Treaty had treated Germany unfairly, and came out in support of Nazi Germany.

‘The Belgian Marxist Henri de Man exercised a powerful influence on Mussolini. A pro-Fascist organisation called the British People’s Party attracted support from socialists and peace campaigners in the late 1930s and 1940s.’

Decisive arguments? Not quite. Search long enough and you can find a historical precedent for just about anything whatsoever in politics.

Twice, Oliver! It happened twice! Fascism is obviously inherent in Labourism. It is only logical to expect that Patricia Hewitt will soon establish her own private Blackshirt organisation.

There are indisputable ‘historical precedents’ for former Green Party politicians devoting their lives to arguing for the proposition that the world is secretly ruled by shape-shifting lizards from another dimension. That doesn't necessarily mean that Caroline Lucas is on the brink of quitting the European parliament to start proselytising for the same ideas as David Icke.

Erstwhile Communist Alfred Sherman ended up as an adviser to Margaret Thatcher and Roger Rosewell switched jobs from being industrial organiser of the International Socialists to speechwriter for Dame Shirley Porter.

But no one seriously contends that Stop the War Coalition figures such as the SWP’s Lindsey German or the CPGB’s Andrew Murray will one day end up at Conservative Campaign Headquarters.

Paul Foot was once a Liberal. As was Peter Hain. I've met former Tories and former SDP members now on the far left. I've heard of people with a youthful involvement in the National Front becoming Trots. People change their minds about politics. So what?

Mind you Oliver, there are even ‘historical precedents’ for soi disant ‘leftie’ journalists voting Tory. You, for starters.