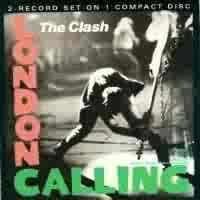 Reported in the Daily Mail, so it must be true:

'A mobile phone salesman was hauled off a plane and questioned for three hours as a terror suspect - because he listened to songs by The Clash and Led Zeppelin.

'Harraj Mann, 24, played the punk anthem London Calling and classic rock track Immigrant Song in a taxi before a flight to London.

'The lyrics to both tracks made the driver fear his passenger was a terrorist.

'Mr Mann, of Hartlepool, Teesside, had boarded the plane at Durham Tees Valley Airport when the flight to Heathrow was stopped and he was arrested by police.

'He said he was told he was being questioned under the Terrorism Act and his choice of music had aroused suspicions.

'Mr Mann said he was 'frog-marched off the plane in front of everyone, had my bags searched and was asked 'every question you can think of'.

'He added: "It turned out the taxi driver alerted someone when I arrived at the airport and had spoken about my music. He didn't like Led Zep or The Clash but there was no need to tell the police."

'Durham Police said the action was taken 'as a result of information received' and the flight was stopped before take-off.'

Frightening. There's plenty of Zep and Clash on my iPod, too. And given the bloke's name, it's a fair bet his skin is ... not white. Just as well he didn't play Guns of Brixton, isn't it? Anybody got any other dodgy song titles to suggest?