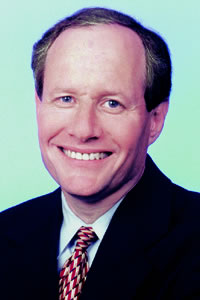 William Kristol - editor of neocon house journal the Weekly Standard, pictured left - has been reading the Euston Manifesto, and finds in its favour:

'The signatories of the document are liberals and progressives. They make clear their commitment to domestic and economic policies with which we at The Weekly Standard heartily disagree. But in the fight against tyranny and terror, against secular dictatorships and Islamic jihadism, is it too much to hope that decent liberals and conservatives could make common cause? We think not, and we hope that this clarion call from overseas might contribute to a rebirth of political courage and moral clarity on the American left as well.'

Not unnaturally, some EM supporters have been displeased at this blog's repeated references to them as neocons and/or neoconverts. Obviously they'll point to the second sentence to butress their case that they are nothing of the kind.

So let's look at the rest of the paragraph. Revolutionary socialists also oppose tyranny and terror, dictatorships and jihadism, of course. Or should do, anyway. But that does not entail 'common cause' with a clique of Washington-based hard rightists that essentially advocate US military dominance of the entire planet, by any means necessary.

If I were an EMer, personally I'd feel that the thumbs up from Bill K was one endorsement I could live without. But who knows? Perhaps some of them will even wear it as a badge of honour. Such are the rewards of moral clarity.