Alex Callinicos on the return of Maoism 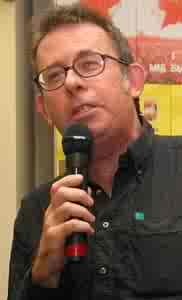 Alex Callinicos offers a remarkably indecisive assessment of the resurgence of Maoism in Asia in this week's Socialist Worker. It is neither a critique nor a commendation.

Communist Party of Nepal (Maoist) claims to be a force for 'democratic revolution' - a meaningless category for Marxists if devoid of class content - are accepted at face value. No account is taken of the CPN(M)'s politics. Stalinism, in either its 'soft' or 'hard' variants, inevitably proves disastrous for the working class.

He seems to depict Maoism as essentially an elemental revolt of the oppressed, which of course to some extent is indisputable. The parallels with the SWP's take on political Islam are quite clear, and the implication is that is largely a Good Thing, without any downsides.

So should the far left start creating solidarity movements in the West? Why build genuine revolutionary currents in south Asia if Maoism can more or less do the job for us? No answers here.

Ultimately Callinicos leaves us with a superficial 'Marxist' gloss on a recent Financial Times feature article. From a theoretician of his ability, I'd have expected more precision.