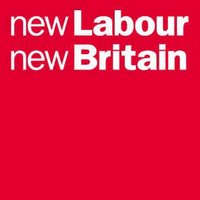 The Labour left are clearly delighted with the tally of 69 rebels - and a further 15-20 abstainers - against the Education Bill last night, if this press release from the Socialist Campaign Group is anything to go by.

'This is a crippling blow to the Education Bill, which the prime minister is only able to force through the Commons on the back of Tory votes.

'For so many Labour backbenchers to rebel on this issue is extremely demoralising for the government. New Labour is in free-fall and the opposition is increasing not declining.

'This vote is the yet another example of the government failing to listen to its own MPs, supporters and party members. It is now too late for listening. We need change. Real change.

'We cannot continue in this shambolic fashion. The Campaign Group is willing to meet with the government to amend the Bill to ensure that a real Labour Education Bill is passed.'

The tone is quite odd, isn't it? All that talk of being 'willing to meet with the government' sounds like the sort of thing a small opposition party might say. Then again, perhaps that's the point.