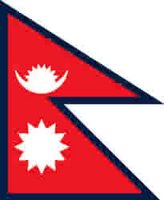 If Alex Callinicos's analysis of the situation in Nepal this week was a tad wishy-washy, the same cannot be said about the International Secretariat of the League for the Fifth International's take on the tasks facing revolutionaries in the kingdom.

Topping the list of what the masses should do next is this rather eye-catching transitional demand: 'the execution of Gyanendra and his dynasty'.

The whole dynasty? Including four-year-old Prince Hridayendra, the second in line? Seems a bit rough on the poor kid. But then Workers' Power always did like to position themselves as hardest group on the entire hard left.