Peugeot: the only way to save jobs 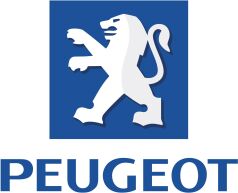 French motor manufacturer Peugeot is set to close its plant in Ryton, Coventry, and transfer production to Slovakia. That will mean the loss of both 2,300 jobs at the factory itself, and a further 1,700 among suppliers.

So what now? It seems the main British unions involved – the TGWU and Amicus – have already ruled out industrial action, and are turning to the idea of a consumer boycott instead.

‘There are 6m-7m trade union members in this country. It could put quite a dent in sales if only a proportion of these and their families decided not to buy a certain product. Globalisation means that companies are free to decide where they want to make their products but we are free to decide not to buy them.’

‘Traditional industrial action does not apply in a global market. What point is there going on strike if the company is going to close the plant?’

Writing in this week’s Socialist Worker, Alex Callinicos makes a number of formally correct points in response. But his article doesn’t come up with any convincing answers, either.

Of course, the trade union bureaucracy is not going to launch an effective fightback. Of course, the automatic far left reaction is to call for the occupation of the plant. Of course, the workforce is far too demoralised for this to be anything other than abstract propaganda right now.

‘Union leaders such as Woodley and Simpson, who have presided over the contraction of the car industry, bear a huge responsibility for this state of affairs. Last week they were at it again, offering the Peugeot and Vauxhall managements talks over ways of increasing productivity, including job cuts.

‘Globalisation doesn’t mean that resistance is futile. In all sorts of ways it can make workers stronger. The trade union leaders who use globalisation as an alibi for their failure to do their job and defend the livelihoods of their members are a much bigger problem.’

So what is the answer? Encouragingly, both French and Slovak workers have expressed their support for the Ryton campaign. Check out this story from today's Birmingham Post:

‘In a letter of support Emil Machyna, [Slovak union] OZ KOVO president, said Peugeot did not care about the 2,300 employees who will losing their jobs if the plant closes as planned next summer.

‘He wrote: "We strongly protest against the employers' practices. We express our full solidarity with our colleagues in the United Kingdom in their fair fight for keeping production in their country.

‘He added jobs should not go "just because of the fact in other countries labour is cheaper".’

Additionally, around 30 Ryton workers picketing the Peugeot AGM in Paris were joined by some 300 activists from the CGT.

International solidarity is not just a nice turn of phrase in this situation. It is the only way workers can organise any kind of meaningful response.

• For background on the issues involved, check the TGWU website.

• Finally, young leftwing blogger Duncan is doing his bit by asking people to sign up to an individual boycott of Peugeot here.