Tim Worstall: May Day versus the market 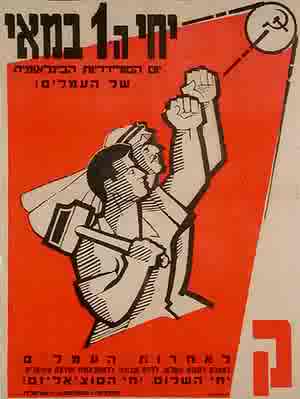 Tim Worstall berates several leftwing and Eustonite bloggers who have celebrated May Day with this admonition:

‘It’s a pity that none of these people will actually recognise, let alone celebrate, what it is, the one single thing, that has led to the enrichment of that very working class over recent centuries. Which is, as I say above, markets … Free markets make us all richer all the time.’

Markets make us all richer? All the time? That’s simply not true. Let’s take some recent examples. Few factory workers in Asia got richer during the currency crisis of 1997. And for the Russian working class, the shock therapy years of the early 1990s meant a drop in life expectancy.

Tim goes on to emphasise the ‘free’ side of the term free market equation, so perhaps he’ll claim such examples don’t really count. So consider 1970s Chile.

Pinochet and the Chicago Boys systematically set about bringing textbook models of neoliberalism to life, with some success. Here was the free market society par excellence. I don’t have income distribution stats to hand. But I doubt Mr Worstall would have wanted to live there.

Perhaps Tim inadvertently overlooked the need explicitly to include democracy in his prescription? Perhaps he is generalising from the US case? Even that doesn’t help his argument. Real wages for US workers fell consistently over more than two decades from the early 1970s to the mid 1990s. Although they have once started to rise, they are no higher in real terms than they were in the 1960s.

There’s no point in denying that markets have raised living standards for hundreds of millions of people for extended periods. But not all of us, all the time. And such gains are not secure. Capitalism is cyclical by its nature. There will be future world recessions. We’ll see how durable the advances are then.