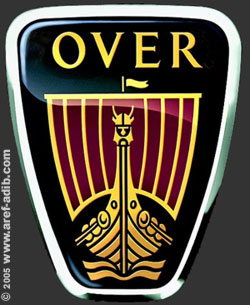 The collapse of MG Rover in April 2005 saw the four men at the top - John Towers, Peter Beale, John Edwards and Nick Stephenson – walk away with £40m.

Not a bad return on the miserable tenner they shelled out to acquire the business just five years earlier, as part of a deal that included a £427m interest-free loan.

I suppose the saga does, in a negative way, underline the dynamism of the private sector ... at least when it comes to building the bank balances of the bosses. If you want more background on the affair, check out an earlier post on this blog.

The sad thing is that thanks to the current lack of confidence in the British trade union movement – at both rank and file and leadership levels, it has to be said – there was never even the prospect of a serious fightback.

Right now the same outcome is likely at Vauxhall and Peugeot. The TGWU and Amicus will limit their efforts to taking out some advertisements, calling for a consumer boycott of one or both companies.

Few will take any notice, and the ‘campaign’ will quietly fold inside a few months, having achieved nothing. Nobody will even make the democratic socialist case for common ownership under workers’ control.

The Rover affair was such an obvious scandal that even New Labour recognised there was something amiss, and ordered an inquiry. So … how is the work progressing?

‘The inquiry into the collapse of MG Rover has cost taxpayers more than £4.5m, and the bill is increasing by £500,000 a month, new figures reveal.

‘The bulk of the fees for the investigation into the demise of the carmaker is being paid to BDO Stoy Hayward, the forensic accountancy firm, according to Department of Trade and Industry figures.'

There's still no word of when the accountants will finish the job, although on those kind of fees, I guess they are not in the slightest hurry.

‘Even if the cost of the inquiry exceeds £10m, it will be dwarfed by the cost to the taxpayer of the demise of the carmaker and the government's efforts to limit the impact on the West Midlands economy. The total bill to the state could exceed £250m, according to a National Audit Office report in March.’

I wonder what the Pheonix Four are up to right now? Hope you’re enjoying spending the cash, boys.