The rate of exploitation in the USA 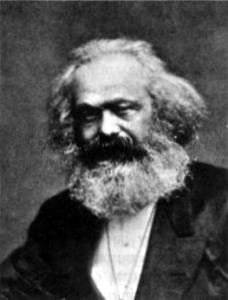 It forms one of the key theoretical bases for the socialist contention that all wage labour is, in its very nature, exploitative.

Now, I’m probably not reading the right specialist journals. But I don’t recall any recent attempts in the left press to calculate this statistic for the major capitalist economies.

But by way of a proxy measurement, here’s a story from today’s Financial Times, which makes the recent trend in the rate of exploitation in the US only too clear:

‘US companies have increased their share of the economic pie at a faster rate over the last five years than at any time since the second world war.

‘Recent government figures show that profits from current production as a share of the national income have risen from 7% in mid-2001 to 12.2% at the start of this year.

‘This rate of growth is unprecedented since collection of these figures begun in 1947.

And, as the slogan used to go, what about the workers?

‘Paul Donovan, a global economist at UBS, believes that the negotiating position of US workers may have been weakened by globalisation.

‘”The US labour market may be tightening, but there is still an ample supply of workers worldwide, and this may be capping what domestic workers can demand,” he said.’