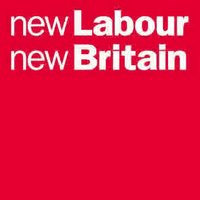 Individual members of the Labour Party will shortly be getting ballot papers for the elections to the National Executive Committee.

The NEC, it has to be said, is not the power in the labour movement it once was. Like every other mechanism that once gave the ordinary membership at least a theoretical say in shaping policy, it has essentially been neutered.

The Blairites have all but eradicated any real internal democracy in New Labour, and you can be sure the party machinery will do everything it is capable of doing, short of outright ballot rigging, to ensure that their guys win.

I know both Mark Seddon and Liz Davies - the left’s standard bearers on the NEC in the 1990s - personally. I am fully aware that both of them found the meetings a frustrating experience.

Yet it is still important for the left to attempt to make an impact, especially as contests for both the leadership and deputy leadership are probably forthcoming soon.

This blog is calling for critical support for Walter Wolfgang, the pensioner turfed out of Labour Party conference last year for heckling Jack Straw. Wolfgang is, of course, vice chair of Labour CND, and vice president of CND.

Sure, I’ve got reservations about his politics. Deep reservations. But symbolism is important, and it would be sending the right message to Blair and Co if he topped the poll.

The other names to back are those on the Centre-Left Grassroots Alliance slate: Mohammed Azam, Ann Black, Gaye Johnston, Christine Shawcroft, and that loveable old git Pete Willsman.

The ballot closes on Monday 31 July 2006 and the result is due on Friday 04 August 2006. In the mean time, check out Labour Against the War.