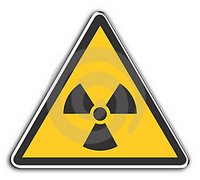 Here’s the latest press release from the Socialist Campaign Group:

"The Socialist Campaign Group of Labour MPs is opposed to a new build of nuclear power stations on the basis of high costs, safety and long term environmental impact.

"We're surrounded by sea, and climatic conditions that generate wind, and we live on an island of coal. So what we need is an energy policy based upon wind, wave, and clean coal which will enable us to avoid the huge risks and high costs of nuclear power.

"We now believe the energy review consultation process has been substantially undermined and pre-empted by the Prime Minister's and Chancellor of the Exchequer's statements in support of the nuclear option."

As I’ve said before, I am not opposed to nuclear power on principle. If it could be shown to be economically viable, and if there were ways to deal with the resultant waste, then nuclear electricity generation might prove a useful part of the energy mix as the world moves away from fossil fuel. It’s just that I’m not convinced that either of these two concerns can adequately be met.

I think there should be full discussion of all the options. But the SCG is right to warn that – like any other debate under New Labour – that the outcome of this one has been pre-arranged.