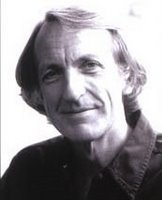 Twenty years ago, I decided to become a journalist because of my admiration for Paul Foot, John Pilger and Christopher Hitchens. In that order.

Using the mainstream media to put over socialist ideas to millions of people– and these day I am lucky enough to get that chance about a dozen times a year – offers a lot more bang for the buck than any number of Saturday paper sales.

Any remotely serious leftwing party would be running a 24/7 media operation. It’s noticeable that Respect do not even try.

As I started to develop my own political thinking, I developed divergences with the arguments advanced by the Holy Trinity of leftie hacks. But just like you never stop listening to the music you listened to in your teens, I couldn’t stop loving their writing.

Foot is now dead, of course, while the Hitch’s politics place him on the hard right rather than the hard left.

That leaves Pilger- pictured above left - as arguably the last remaining superstar socialist journalist. OK, I’m well aware of his now notorious ‘cannot afford to be choosy’ comments backing the insurgency in Iraq.

However, that stance is mainstream far left orthodoxy. The position is utterly wrong, by the lights of any kind of conception of socialism from below. Yet he obviously holds to it sincerely, and that makes him no better and no worse than hundreds of thousands of other misguided people that still merit the label of ‘comrade’.

Pilger has produced a new film, under the name ‘The war on democracy’, which will shortly get a cinema release. Much of the focus is on Latin America, and there is an interview with him [in Spanish] on the BBC Mundo website.

Pilger’s assessment of developments on the continent are broadly the same as mine.He kicks off with a broad endorsement for Morales in Bolivia, without going over the top:

‘I think there’s no way he’s a radical … I think he’s an indigenous social democrat and somewhat conservative in many aspects.’

The middle classes in Venezuela are compared to the white minority in apartheid South Africa, driving Ferraris while forgetting about the poverty that surrounds them.

The rich, says Pilger, ‘still have control of the economy, apart from oil, but they would prefer to control the government’. If anything, he maintain, reforms are not proceeding rapidly enough.

But there are brickbats for Bachelet and Lula:

‘[The US] likes Chile very much and they describe it as a model of democracy that, of course, is implementing a fierce neoliberal economic model.

‘They like Brazil, because Lula is doing much the same. These are, in the words of Washington, acceptable democracies.’