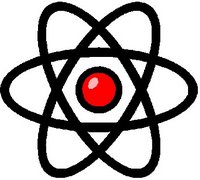 Tony Blair has warned that Britain faces ‘a dramatic shortfall in our energy capacity and risks to our energy security over the next few decades’ unless existing power plants are replaced.

Er … Blair is right. Three words you won’t often read on this blog, I promise. But what the prime minister is really trying to say is that he wants Britain to build a new generation of nuclear power stations, however unpopular such a move would prove with the electorate.

To tell the truth, I’m slightly at odds with leftwing orthodoxy on this one. With global warming the number one threat facing humanity, I believe that nuclear energy – potentially, at least - could offer an important alternative to fossil fuels.

But to be able to do so, it would need to overcome three major, major snags. First, the safety risks are obvious. Second, there is the problem of what to do with the resultant waste. And third, could the economics ever stack up?

Nuke boffins of my acquaintance reckon that the technology exists to iron all these problems out. That said, this story from today’s FT doesn’t fill me with confidence that nuclear energy will ever get past the first two of these hurdles:

‘One of Britain's flagship nuclear facilities has been criticised by the Health and Safety Executive for significant safety lapses after a radioactive leak went undetected for months.

‘British Nuclear Group was fined £500,000 yesterday in a case brought by the HSE for breaches at the Thorp reprocessing plant at Sellafield in Cumbria, Britain's largest nuclear site.

‘No reprocessing has taken place at Thorp since April last year, when about 83,000 tonnes of acid containing 20 tonnes of uranium and 160kg of plutonium escaped from a broken pipe into a sealed concrete holding at the site.

‘The company was handed the fine at Carlisle crown court after pleading guilty at an earlier hearing to three counts of breaching conditions attached to the Sellafield site licence, granted under the 1965 Nuclear Installations Act.

‘The HSE said there was no evidence of harm to workers or the public but said it was "not prepared to tolerate" a "significant prolonged reduction in attention". It added: "Thorp was Sellafield's flagship plant and built to high standards. It must also be operated, maintained and managed to the high standards we insist on."’