Corporate manslaughter: getting away with murder 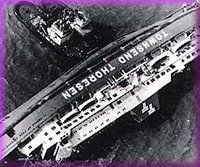 Britain’s bosses are getting away with murder. Unions in the UK have been pushing for adequate corporate manslaughter legislation for around 40 years.

Such law is needed not just to prevent recurrences of the Zeebrugge disaster - pictured left - and the Piper Alpha tragedy. Most deaths occur in ones and twos.

Even without any spectacular accidents, there were 2,157 workplace deaths in Britain in the five years to 2004.

Labour has pledged to do something about the scandal ever since the early 1990s. Its 1997, 2001 and 2005 manifestoes promised legislation on the question. But subsequent delay and prevarication make the ban on foxhunting look the very model of alacrity.

Yesterday the Commons started debating the government’s latest proposals on the issue.

Labour leadership challenger John McDonnell - who has campaigned for the Bill for some time - said:

‘"After nine years, two detailed consultations and a strong campaign within the labour movement the government is finally presenting a Bill to Parliament.

‘"The overwhelming view of the TUC and the campaigning organisations is that the current proposals in the Government's Bill are utterly ineffective and so weak that the CBI approvingly describes it as "sensible".

‘"This is an absolute cop-out. The Bill must be significantly amended if it is to be of any use in bringing corporate killers to justice and if it is to help prevent further deaths at work."

"The government needs to takes note that the legislation in its present toothless form is unacceptable to the Labour movement and we shall be doing everything in our power to ensure that the government fulfils the promise made in three election manifestos and to the trade union movement in the Warwick Agreement that we would legislate against corporate killing."’

If company directors can be prosecuted for dodgy book-keeping, why not for negligence that leads to somebody's death? Or is the sanctity of accounting standards worth that much than human life?