The end of the M1 Abrams road to liberation 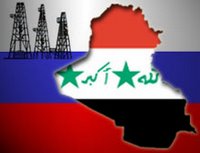 There is no M1 Abrams road to liberation. That much must be apparent even to the dimmer components of the ‘decent left’ after this week’s developments.

First there was the Lancet’s estimate that the war on Iraq has cost 665,000 lives. So much for the justification of the invasion on a utilitarian calculation of comparative death tolls. Yes, tens of thousands of Iraqis would have been killed by Saddam’s vicious government had the dictator remained in power. But mass slaughter on such an extraordinary scale outstrips even the crimes of that foul regime.

Then came Chief of General Staff Sir Richard Dannatt’s call for British troops to get out of the country 'sometime soon because our presence exacerbates the security problems'. It seems that the head of the British Army has a better grasp of political reality than the so-called pro-war left.

Against this background, the Financial Times today reports that neoconservatism has been given the heave-ho by the White House, in favour of a strategy modelled on Cold War-style containment:

‘Interviews with US officials, who asked not to be identified, reveal that the "liberation theology" that dominated the post-September 11 2001 discourse, notably Mr Bush's second inaugural speech last year, has given way to a more pragmatic approach.

‘The shift is so pronounced that both neoconservatives and liberal hawks among Democrats are alarmed that the Bush administration's apparent embrace of realpolitik will mean abandoning promises made to oppressed peoples while entering into nuclear reduction deals with the Iranian and North Korean regimes.’

After the Iraq experience, who remains convinced the oppressed are somehow losing out because the US is now too overstretched to invade their countries? Not that that has ever been on the agenda for some of the worst regimes in the Middle East, such as US allies Saudi Arabia and Egypt, anyway.