Old Trots: where are they now? 2 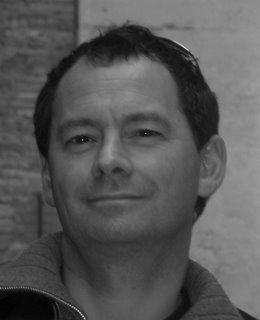 Kirk Leech - pictured left - was an old mucker of mine when we were both politics students at City of London Polytechnic, class of 1981.

Contemporaries remember a charismatic and charming young man who clearly enjoyed female company. As to the exact circumstances in which he was found in the small hours of the night, wandering stark bollock naked and extremely drunk in the public corridors of a Blackpool hotel during a National Union of Students conference, alas my memory fails me.

Comrade Leech, who has also operated under a number of pseudonyms, was also a leading member of the Revolutionary Communist Party. You can read a potted biography of his activities here:

'For a number of years [Leech] ran [the RCP's] Irish 'front' organization the Irish Freedom Movement, at one time being based in Dublin Ireland.

'Whilst living in Bradford West Yorkshire, Leech set up a number of campaigns and groups who claimed to be taking on, with physical force, organised racists. This was carried out under the umbrella of Bradford, Workers Against Racism.

'He stood in the 1987 General Election in the Newcastle Central Constituency for the RCP. He was also for a number of years the RCP's key man in Scotland. Leech worked with the German Group Novo a sister organisation of the Revolutionary Communist Party.'

Kirk obviously remains close to the RCP old boys and girls network, being a regular and recent contributor to Spiked!. Now he has resurfaced on my radar screen as a 'freelance journalist, broadcaster, researcher', with a report rubbishing environmental objections to a gold mine in Romania. I'll not pass judgement on the rights and wrongs of that particular issue.

But I was interested to read that he now describes himself as an 'Adjunct Fellow' of the International Freedom Education Foundation, which he describes thus:

'IFEF’s mission is to advance education, and to further other charitable and educational purposes, in the field of the promotion of free markets, limited government under the rule of law and personal responsibility; and to publish, to conduct seminars, and to engage in research in furtherance of such purposes.'

Adjunct fellow at an obscure US rightwing think tank, eh, Kirk? I don't know whether that qualifies as a move right or left in your case. But let's hope there's a decent wedge in it for you. I could use a couple of those consultancy gigs myself, if there's any more going.