Old Trots: where are they now? 3 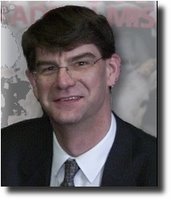 So hopefully he will be suitably embarrassed with the revelation - and I think that this is an exclusive - that he hides a shadowy past as a dangerous Marxist revolutionary.

He has succeeded in keeping this quiet until now because he propagated the doctrine of permanent revolution only in Canada, a country where he spent nine years as a student before working - oddly enough for a trained lawyer - in a string of blue-collar jobs.

Marris's biographical details in the Times Guide to the House of Commons state that he was a member of Canada's New Democratic Party from 1980 to 1982. What he doesn't mention - and I learned this while knocking back a few beers with some Trot dockers in Vancouver a couple of years ago - is that he was also a member of the Canadian section of the United Secretariat of the Fourth International while working as a bus driver in that beautiful city.

The USec was at that time engaged in 'the turn to industry', which saw college kids routinely ordered to get into manual unions. It was this policy that led to 'Red Steph' and a handful of nice middle class IMGers being outed as 'moles' at the Cowley car plant, circa 1982.

Marris 'made the turn' in Canada instead of Britain. If you get to read this, Rob, your old comrades did get to hear of your subsequent political career. They wish you well. At least on a personal level.