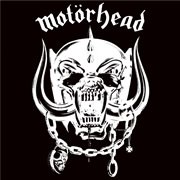 Probably everybody secretly likes at least one artiste that is terminally uncool and/or ideologically unsound. In my case, it is ... Motorhead, I am sorry to say. Me, a Guardian reader and all.

I'm well aware leader Lemmy collects Nazi insignia, and even brandishes an iron cross on his bass. His political views - if this interview is anything to go by - are utterly repugnant.

And then there’s this story, told in Lemmy's own inimitable style:

'When we played in Nuremburg in the stadium where Hitler used to make his speeches, the audience were a bit slow, so I said, "You made more fucking noise than this in 1937". That didn't go down well.'

It’s not even that I like HM. I haven’t really listened to it since my early teens, when it was the music of choice for those of us too crap at dancing to be Soul Boys. Luckily punk rock saved from a life of headbanging.

But a couple of years back, I was sitting in the Camden Head in Islington, catching up with a friend I hadn’t seen in years and years, when Ace of Spades came on the jukebox. Brilliant.

There is no getting away from the fact that the track is an inspired slab of high volume rock and roll. The words 'heavy metal' simply do not do this band justice. I downloaded the song as soon as I got home, and it topped my iPod playlist for weeks.

Right. I’m just off to stick the first album - in vinyl - on the deck. Any similar confessions?