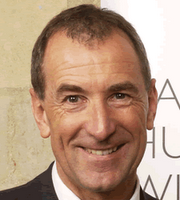 Back in July, this blog reported the tactical split the Campaign Group over which candidate to advance for the Labour leadership. No great feat of investigative journalism, I’m afraid. I lifted the story from the Sunday Telegraph, which revealed:

‘The Campaign Group has split into two factions. One is led by Alan Simpson (pictured left), the MP for Nottingham South, and backs Michael Meacher, the former environment secretary, as its leftwing challenger.

'The other group of "ultra leftwingers" is backing John McDonnell, the MP for Hayes and Harlington and the campaign chairman. Mr McDonnell ... believes that Mr Meacher lacks leftwing credibility because he failed to resign his government post over Iraq.’

Now Reclaim Labour – a newcomer but already one of the best British leftwing blogs on the block, for my money – has done what I signally failed to do at the time, and actually researched the story properly.

Blog owner ‘Harry Perkins’ maintains that Simpson is pushing Meacher forward, basically because he is piqued at McDonnell’s standing as the de facto standard bearer of the Labour left. Simpson is accused of repeatedly telling one soft left MP that a vote for McDonnell is a wasted vote, and that only Meacher can get on the ballot paper.

But any remaining socialist street cred Meacher may once have enjoyed thanks to his former association with Tony Benn has long disappeared, given both his support for the invasion of Iraq and his property tycoon status.

Meanwhile, Harry believes that Meacher has been putting out feelers to what could still loosely be called the soft left. Odd, given that this section of the parliamentary Labour Party is now under the gravitional pull of Brownism:

‘Meacher has been desperately courting the head of the Compass parliamentary group Jon Trickett. But Trickett and his close mate Colin Burgon have told a couple of MPs that they're not going to vote for him under any circumstances,’ Perkins goes on.

Reclaim Labour then did the proper journalistic thing and contacted Simpson for comment, getting a full explanation in a letter from the Nottingham MP. Here is how Simpson explained himself:

‘The Left is in real trouble in our leadership election, because we are not likely to have a candidate with sufficient nominations even to get in the ring.’

‘The worst case scenario would be the emergence of a number of broad left candidates who are able to get a few nominations each, but with none of them able to reach the 44 MPs needed to get to the starting line.

‘I am trying to play this in a way that gets people to avoid falling out. We need an informal agreement that left MP’s can be free to offer the support to whoever they like on the basis that we look at their nominations a week before nominations close.

‘At this point the person with the lowest number of promises has to withdraw and accept they can’t get the numbers. MP’s should then be free to formally endorse what may be their second choice candidate. At least then there would be a contest.

‘I am sure you will know that my own obsessions are about our complete failure to engage with the climate change challenge. We only have about 10 years left in which to make profound changes to the way society works.

‘After that we will just be chasing after a series of catastrophes. The only person that really understands this on our side is Michael Meacher. I know he got it disastrously wrong over the war, but at least he has had the courage to say that was the biggest wrong decision he has ever made and is openly campaigning for troop withdrawal.’

I think at bottom there is a genuine tactical dispute here. Clearly some Campaign Group MPs think that McDonnell is too closely associated with the early eighties Trotskyist-influenced local government hard left, and thus has too narrow an appeal.

Accordingly they reckon it would be better to find someone capable of bringing in forces from the centre of the party. At least that’s a coherent set of propositions, although I happen to think the basic premise is wrong. Given that the left has no chance of winning, the key issue is to use the campaign to regalvanise some sort of activist base. Meacher is hardly the man to do that.