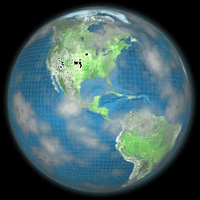 In country after country of the developed world, attitudes to globalisation are rapidly emerging as the key dividing line between the major political forces. Both the US and France represent particularly clear examples of the trend.

On the other side of the Atlantic, most commentators put the Democrats' success in the mid-term elections last week down to economic populism.

Several of the most notable new Democratic senators - for instance, Jimmy Webb of Virginia and Sherrod Brown of Ohio - ousted Republicans through pushing a platform of opposition to free trade, blaming countries like China for the loss of US manufacturing jobs.

On the other side of the Channel, likely rightwing presidential contender Nicolas Sarkozy has used support for globalisation has a rallying call to the troops, while the left has made opposition a point of honour.

In Britain, the issue just doesn't enter mainstream political debate. All three major parties simply take globalisation as a given, presenting the public with broadly similar policies that - they argue - best position the UK in the new globalised world.

I don't like the way that neoliberal politicians - and I include the leadership of the British Labour Party in that category - use globalisation as an all-purpose excuse for not adopting such basic social democratic policies as limitations on working hours or enhanced trade union rights.

On the other hand, I don't believe that protectionism should be the automatic leftist or progressive stance. It can all to quickly degenerate into the kind of 'American jobs for American workers'/'French jobs for French workers'/'British jobs for British workers' rhetoric more suited to the nationalist right than the democratic left. Third world countries have the right to develop manufacturing industry.

There is still a considerable discussion to be had on the internationalist left.