Lib Dems: going back to their constituencies 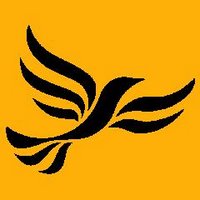 ‘The Liberal Democrats' leader, Sir Menzies Campbell, has summoned senior colleagues to a special meeting to prepare for a possible snap general election next year.

‘Party strategists believe that Gordon Brown may decide to capitalise on his expected election as Labour leader when Tony Blair steps down by going to the polls as early as next October.’

Not an unlikely scenario, I suppose. And nor is a hung parliament an unlikely outcome. You know what comes next …

If the Orange Book faction remains in the ascendent, a coalition government could suit both the purposes of the Brownites as much as those of the Lib Dems.

That way, Britain’s next prime minister prime minister will be able to tell centre-left party activists and union leaders that he really, really, truly, honestly would like to govern in mainstream social democratic mode. It’s just that those nasty free-marketeers won’t let him.

Meanwhile, the Lib Dems grab a couple of ministerial portfolios, and Campbell sells their radicals the line that New Labour acts as brake on his genuine desire to implement a progressive agenda.

Bothleaderships are happy. The City is happy. Sorted.