National Union of Journalists: in dispute with Sheridan and Byrne 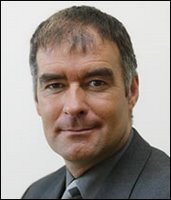 When Tommy Sheridan and Rosemary Byrne quit the Scottish Socialist Party three months ago, they also pulled out of the collective agreement under which the SSP’s caseworkers, researchers and parliamentary assistants are employed.

The two Solidarity MSPs also withdrew £48,000 from the pooled account that paid the wages. As a result, the jobs are under threat.

OK, it’s natural that when launching a breakaway political party, the leaders will seek to secure the resources necessary for it to function. But that should be achieved by negotiating an equitable division of assets with the political party they are leaving.

It is unacceptable for socialist elected representatives to put these people’s jobs on the line in such a fashion.

Unsurprisingly, the employees are now in an dispute with Sheridan - pictured above - and Byrne. My own union, the National Union of Journalists, is giving them official backing. I wonder if Socialist Worker supporters in Solidarity will do the same?

You can read the SSP’s take here. And you can sign a petition in support of the SSP parliamentary team here.