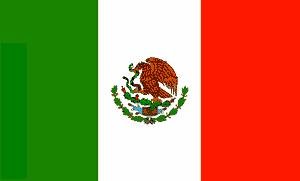 Over at the Weekly Standard, the neocons are getting their knickers in a twist over the very real prospect that the popular former mayor of Mexico City, Andrés Manuel López Obrador, will win Mexico’s presidential elections in July.

'In a nutshell: López Obrador looks like an old-fashioned authoritarian leftist who will lean towards demagoguery à la Chávez.'

He says that like it’s a bad thing, of course. Sadly from where I‘m sitting, most serious newspaper coverage has López Obrador down as a nice, sensible Lula Lite-style type of politician, committed not only to peaceful coexistence with neoliberalism but full compliance with the demands of the markets, too.

To cite just one example, take a recent Financial Times interview with the felicitously-named Rogelio Ramírez de la O - yup, that’s what he’s called - who is likely to be finance minister in a López Obrador administration.

‘Andrés Manuel López Obrador, leader of the leftwing challenge in Mexico’s presidential election, is stressing fiscal discipline and prudence along the lines of Brazil’s moderate leftwing leadership, according to the candidate’s top economic adviser.

‘“Fiscal discipline is a prerequisite for lowering the cost of funding debt and for keeping inflation low,” he said. “It is not our plan to increase government borrowing to any significant degree.”

‘Mr Ramírez de la O dismissed the notion of any similarity between [López Obrador and Chávez] as “insane”, and insisted it was essential “to distinguish electioneering on the campaign trail and communication to the markets once you are settled in”.'

There you have it. All talk, no trousers. Specifically, López Obrador isn’t going to change anything at the country’s central bank, while state oil company Pemex faces 'restructuring'.

As a Mexican, Jaramillo undoubtedly knows more about Mexican politics than I ever will. Even so, five will get him ten that the ruling classes of either Mexico or the US will not have much to worry about, whatever happens on July 2.