The return of Maoism 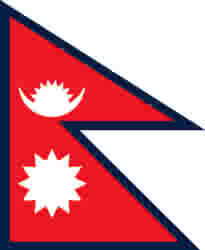 The political crisis in Nepal has focused the attention of the western left on Maoism for the first time in decades.

It remains uncertain how much support the Communist Party of Nepal (Maoist) has in the towns. But the insurgency has held most of the countryside for some time now.

What has been noticed rather less – although the trend was astutely identified by Victor Mallet in the Financial Times earlier this year – is the increased influence of Maoist currents across south Asia right now.

Naxalite groupings are now influential in a number of Indian states, from Bihar to West Bengal and Andhra Pradesh. In the Philppines, the New People’s Army is also growing in strength.

Elsewhere, Maoism retains some sort of purchase in advanced countries like the USA, where Bob Avakian’s Revolutionary Communist Party is among the larger far left groupings.

In Britain, it seems to have a growing foothold among radicalised Asian youth, something that speaks volumes about the failure of the main Trotskyist tendencies.

Good thing or bad thing? Well, some of the more excitable and enthusiastic sections of the far left blogosphere – notably that likeable young whippersnapper at Lenin’s Tomb, who is almost having wet dreams about the whole thing – are getting rather excited over all this. God knows, I probably would be too, if I were still in my early twenties. It’s, like, the revolution, man. The real deal.

It has been said that every generation of socialists makes more or less the same mistakes. And about the one advantage of being a washed-up middle-aged Trot is that you recognise some of those mistakes.

Automatic support for anybody that brandishes a Kalashnikov in the name of Marxism-Leninism is one of them. Plenty of such outfits simply talk the talk to provide ideological legitimation for running a glorified protection racket on the peasantry while stitching up the local drugs trade.

The risk in Nepal is a re-run of the Cambodia tragedy. The Year Zero politics of Brother Number One led to the deaths of between 1.5-2.1 million people, perhaps a quarter of the country’s population.

Will the CPN(M) go down that road? Most of the pundits seem to think not. But the real answer is, we don’t know yet.

Programatically the party is formally committed to an alliance with ‘progressive elements’ within the bourgeoisie as part of the struggle against fuedalism. Mmm, I wonder if they have considered signing the Euston Manifesto yet?

Nevertheless, both pragmatic and hardline factions coexist within the party. Only events will determine which side wins out. I’ll be taking a rain check on singing the CPN(M)’s praises until the picture is far, far clearer.