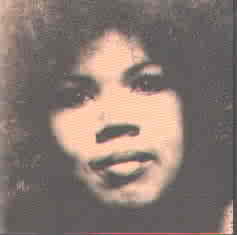 I'm embarrassed to admit this, but I have spent the last three decades in the belief that Candi Staton is basically your bog standard production line disco diva. But of course, I hadn't heard any of her work save for 'Young hearts run free' and 'You got the love'.

Then, a few weeks back, the Paul Jones Show played one of the sides she recorded at Muscle Shoals in the seventies. I was completely blown away. So today I picked up a compilation of stuff from that period, on a 2004 CD entitled simply 'Candi Staton'. The sleeve is pictured left.

The album is a fat slab of highly danceable horn-driven and gospel-tinged southern soul at its absolute best. There are at least half a dozen standouts among its 23 cuts. And Staton's vocal performances are right up there with the Arethas and Ettas of this planet. I'm now sick as hell that I missed her recent UK appearances.

Given that Britain is a country where Corinne Bailey Rae passes for black music, I'm almost surprised she bothered paying us a visit.