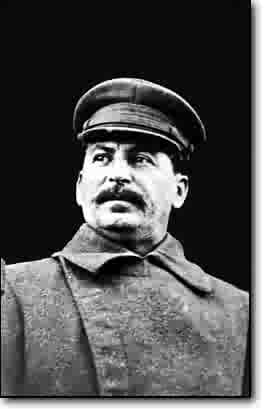 The latest apparatchik to be talked up is Britain's new minister of the interior, pictured left. Here's what Frank Field had to say about the forthcoming leadership fight on Newsnight last night:

'Well clearly, Gordon has a right to be part of that contest and my guess is certainly one of the other candidates would be Dr Reid.'

That such a high-risk tactic can even be considered underlines just how weak the position of the Blairites really is. Reid is an unpopular bully boy with a distinctly dodgy past.

The rightwing media will have a field day dredging up whatever they can find about Reid's period in the Communist Party.

Then there's the story of his son Kevin's involvement in the so-called 'lobbygate' scandal of 1999, in which the hapless brat boasted of his contacts with New Labour top brass to an undercover reporter. He culminated in the probably rehearsed line: 'I know the secretary of state [for Scotland] very, very well because he's my father.'

Kevin's CV also includes a stint working for dad as a parliamentary researcher. The parliamentary commissioner for standards ruled that this contravened applicable rules, and that Reid senior had attempted to intimidate witnesses during her investigation. But MPs on the Committee on Standards and Privileges overturned the commissioner's findings.

To top everything else, there's still the three days Dr John spent in a luxury lakeside hotel in Geneva as a guest of indicted Serb war criminal Radovan Karadzic. Reid never bothered to hide his pro-Serb sympathies. I guess that tankie training dies hard.

Unsurprisingly, George Galloway seems to hold Reid in high regard:

'I have known John Reid as a Communist, as a member of the Scottish Labour party and now as a general in the New Labour Army. His march across this ideological battlefield has been seamless with not a hint of embarrassment.'

Yeah, he reminds me of some other politicians in that respect, George.

'But John is an able person, one of the most able in New Labour's high command. They put him up to deliver the message. And they are right, he is a very capable, articulate figure.'

Lastly, there's plenty of things that should not matter whatsoever, but inevitably do. The Daily Mail will also go to town contrasting the Scottishness of both Reid and Brown - and Ming Campbell, of course - with the impeccable English posh boy credentials of Cokehead.

And with Reid set to turn 60 next year, his age will also work against him. So will his Catholicism. Can the Blairites really not come up with anybody more in tune with the sensibilities of Mondeo Man and Worcester Woman? If not, they've had it.