The strange death of grassroots activism 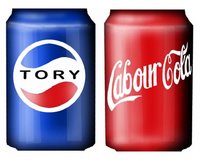 Continuing on the theme of the withering of local democracy, it’s worth adding that one factor in all of this is a sharp fall in participation in local political organisations.

I can say from personal experience that there were plenty of young people active in the Constituency Labour Parties I was a member of in the early eighties.

Being a twentysomething politico was not as sad as it may sound today. The meetings would usually wrap up in time to get to a gig by the time the main band was due to hit the stage.

Alternatively, you could always hit the Labour Club bar with other attendees – some of whom qualified as ‘talent’, to use an expression I haven’t heard in ages - and have a good chinwag on political topics.

We all know what has happened in the intervening decades. Labour has officially lost 200,000 members since Blair took office, and some Labour MPs put the real figure at 300,000. Grassroots Toryism may even be in a yet more parlous state. Activists in either no longer have any real say in policy.

The Unlock Democracy campaign – a new venture from Charter 88 and the New Politics Network – has recently conducted a survey of party membership in 286 constituencies.

This is how the FT summarised the findings:

‘Many local groups have derisory levels of membership and funding. The survey found 34 per cent of Conservative associations, 50 per cent of constituency Labour parties and 73 per cent of Liberal Democrat local parties had an income of under £5,000 - typically less than 7p an elector - last year.’

Interestingly – I initially typed astonishingly here, but it’s not astonishing at all – the Tories are in even worse shape than New Labour:

‘While only 3 per cent of constituencies have fewer than 100 Labour members, one in five has fewer than 100 Conservative members, the survey found. Northern Tory associations typically had fewer than 50 members. "These results suggest that in areas where the Conservatives are out of contention, the party has literally died off," Unlock Democracy said …

The party's local structure has been revamped in a number of the northern cities, with resources pooled to try to compensate for the dearth of activists. Manchester now has a single Conservative association, covering more than five constituencies, with a total of only about 350 members.’

It strikes me that the daft answers being adopted by Labour and the Conservatives alike – from open primaries to loose supporters’ networks - will do little to fire youthful idealism, either. What they have in common is a fear of handing activists any worthwhile degree of influence.

In the polarised Britain of the early eighties, there was a meaningful choice to be made between two sets of ideas with very different visions for the future of the country and the world.

But nobody can blame young people for not wanting to get involved in today’s mainstream politics, based on a bland right of centre managerialist consensus, when they could be out having a good time instead.