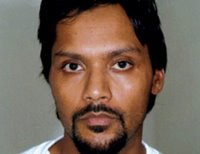 This is a heavily revised and expanded version of an earlier post. Even if you caught the previous offering, please re-read, as I think it moves the argument on some.

What sort of mind does it take to come up with the gas limos project? Nobody really knows what motivated Dhiren Barot, the Islamic radical sentenced to 40 years in prison for planning mass murder in the US and Britain. That won’t stop many commentators from trying.

Some of them may even point to the ideas of Paul Berman, who has been far more influential on the left then he should have been in spreading the contention that Islamic terrorism is some kind of irrational ‘death cult’.

For a start, it is essential to understand Islamic radicalism’s genesis in the continuing deep social crisis in what dependency theorists dub the ‘periphery’.

It is also essential to take on board that the rise of Islamic fundamentalist movements is - at least in part - an unintended consequence of the past US policy of sponsoring such currents as counterweights against communism and Arab nationalism.

And I agree with the argument from author Jason Burke that much of the Muslim anger that finds its ultimate expression in Al Qa’eda is fuelled by the injustice and bloodshed doled out to co-religionists in geographical locations from Chechnya to Palestine, and from Kashmir to Afghanistan to Iraq.

Over on the right, most conservatives - and many on the liberal left, it seems - would probably describe both Al Qa’eda and Barot - pictured above left - as somehow incarnating ‘evil’. I’m not sure how much this helps us, either.

The very concept - imported from religion - is frequently invoked as a quasi-magical force, with the implication that the most extreme breaches of human morality are somehow beyond rational explanation.

There are almost always quotidian explanations for most ‘evil’ acts. As Arthur Miller perceptively remarked: ‘The terrible thing about Auschwitz isn’t that it is beyond human understanding. It is that it is so easy to understand.’

There is a well-developed Marxist political sociology of Nazism, including what ranks among Leon Trotsky’s most perceptive work. Because we know exactly what fascism represents in terms of class forces, the simplistic notion of ‘Islamofascism’ can freely be rejected for the abject political illiteracy it reveals in those who use it.

So much for the general. Now for the particular. One aspect of the Barot affair that will instantly strike anyone on the left is his list of potential targets. This man wanted to blow up the International Monetary Fund, the Word Bank, Citigroup and the New York Stock Exchange. The anti-capitalist symbolism could hardly be more explicit.

On the other hand, he also wanted to blow up a London Underground tube train under the Thames and the Heathrow Express. The victims could have taken in anyone who lives in London. They would be more likely to include a Muslim illegal immigrant cleaner on her way to the late shift at Canary Wharf than top City executives, that’s for certain.

Socialists - more so than any others, perhaps - understand the impulse to solidarity with the oppressed. Revolutionary socialists make the case that acts of violence for political aims are sometimes justifiable.

But Barot‘s plot was not a case of some kind of misguided rage against the machine. His rage was against society as a whole. Once again that leaves us with the obvious one-word question … why?

The prosecution argued that Barot is a cadre terrorist, well-versed in anti-surveillance techniques, and in touch with high ranking Al Qa’eda leaders. Maybe. And maybe - just as likely - he is essentially a fantasist who gets off on setting out blueprints for carnage on his laptop.

But even on the relatively benign latter assumption, Barot - product of a middle-class upbringing in Britain, and not of the Arab street - was fantasising about the slaughter thousands of civilians as some sort of heroic act.

It is precisely the same mentality displayed by those fucked-up Goth kids that periodically perpetrate schoolroom massacres in the United States. He just took those impulses to the next stage. I only hope no section of left ends up excusing him as a well-meant anti-imperialist who went that little bit too far.

In the end, no political theory really helps. We must turn to the realm of psychology instead. As an individual, I suspect Barot is an irrational death cultist.