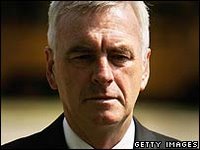 With the London Labour Party Conference due to take place this weekend. Labour leadership contender John McDonnell – former deputy leader of the Greater London Council before Thatcher abolished it, of course – has launched a ten-point manifesto for London.

The centrepiece of the programme is a revival of the GLC’s famous 'Fares Fair' policy of making public transport affordable, launched in 1981, which the courts ultimately ruled illegal. And I thought McDonnell insisted he wasn’t an eighties revivalist.

But anyway, here’s the full list. Nothing that democratic socialists will have any difficulty with. The April Theses it ain’t. If anything, I reckon the call for a £7 an hour minimum wage is a little on the low side. Somebody remind me, what’s the figure for the Council of Europe Decency Threshold these days?

1. A new ‘Fares Fair’ policy for the 21st Century, slashing fares for Londoners

2. End privatisation of the London Underground, including the East London Line, restoring the tube to public ownership

3. Windfall tax on City bonuses to pay London’s contribution to the Olympics and ensure free access to Londoners

4. Restore control of business rates to local councils and abolish the Corporation of London, transferring its functions and resource base to the GLA

7. No further expansion at Heathrow and no third runway

10. Support free and comprehensive education and an end to Trusts, City Academies and tuition fees

McDonnell comments: 'This alternative programme for London will dramatically improve the quality of life for Londoners by striking at the roots of the Capital's environmental, social, and economic problems.

'London is one of the richest cities in the world but Londoners don't share in its wealth and opportunities. By using the wealth created in London to invest in its transport, environment, housing and industries we could transform the life of many of its citizens.

'Fares Fair was an extremely popular policy. It is time we restored to Londoners access to cheap, quality public transport with the consequent reduction in traffic congestion and pollution that we achieved under the GLC.'